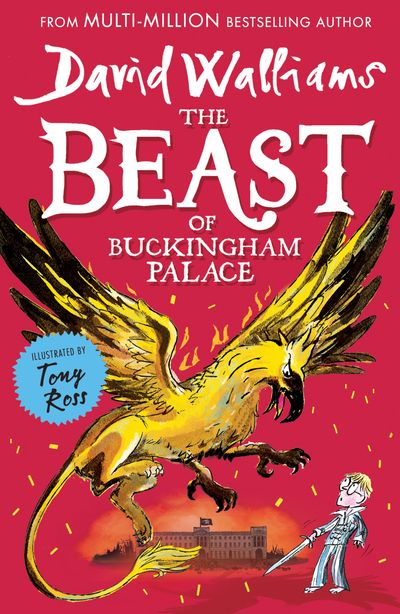 The latest jaw-achingly funny, number-one bestselling novel from David Walliams – now out in paperback. Make your appointment if you dare…

Darkness had come to the town. Strange things were happening in the dead of night. Children would put a tooth under their pillow for the tooth fairy, but in the morning they would wake up to find… a dead slug; a live spider; hundreds of earwigs creeping and crawling beneath their pillow.
Evil was at work. But who or what was behind it…?

Read this book and find out!

Author: David Walliams, Illustrated by Tony Ross
Format: Paperback
Ageband: 9 to 12
Release Date: 12/02/2015
Pages: 448
ISBN: 978-0-00-745358-0
David Walliams has revolutionised reading for children and become one of the most influential children’s writers today. Since the publication of his ground-breaking first novel, The Boy in the Dress (2008), Walliams has seen unprecedented growth with global sales exceeding 40 million copies, and his books translated into 53 languages. Born in London, Tony Ross went to art school in Liverpool. His cartoons have appeared in famous publications the world over. His first book, Hugo and the Wicked Winter, was published in 1972. Tony has since written over 100 books and illustrated over 2000! David and Tony have worked on seven bestselling picture books together, and thirteen of David’s phenomenally successful children’s novels. David and Tony also collaborated on the 2017 World Book Day title, BLOB, and on the blockbuster collections The World’s Worst Children 1, 2 and 3, The World’s Worst Teachers and The World’s Worst Parents.

The latest jaw-achingly funny, number-one bestselling novel from David Walliams - now out in paperback. Make your appointment if you dare…