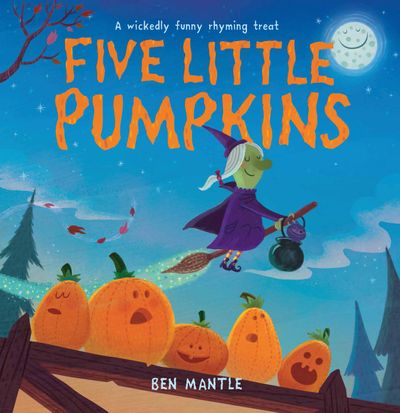 By Illustrated by Ben Mantle
Retailers

Roll into Halloween with this wickedly funny rhyming book!

Five little pumpkins sitting on a gate.
The first one said, “My, it’s getting late!”
The second one said, “There are witches in the air!”
The third one said, “Good folk, beware!”

Five little pumpkins are sitting quietly on a gate until… night falls and they are joined by a cast of creepy characters – witches, spiders, bats, frogs and ghosts – all determined to cause plenty of Halloween mischief. What a terrific treat!

Roll into Halloween with this wickedly funny rhyming book!