Top 10 Half-Term Reads to Get Your Kids Reading - harpercollinschildrensbooks

Top 10 Half-Term Reads to Get Your Kids Reading 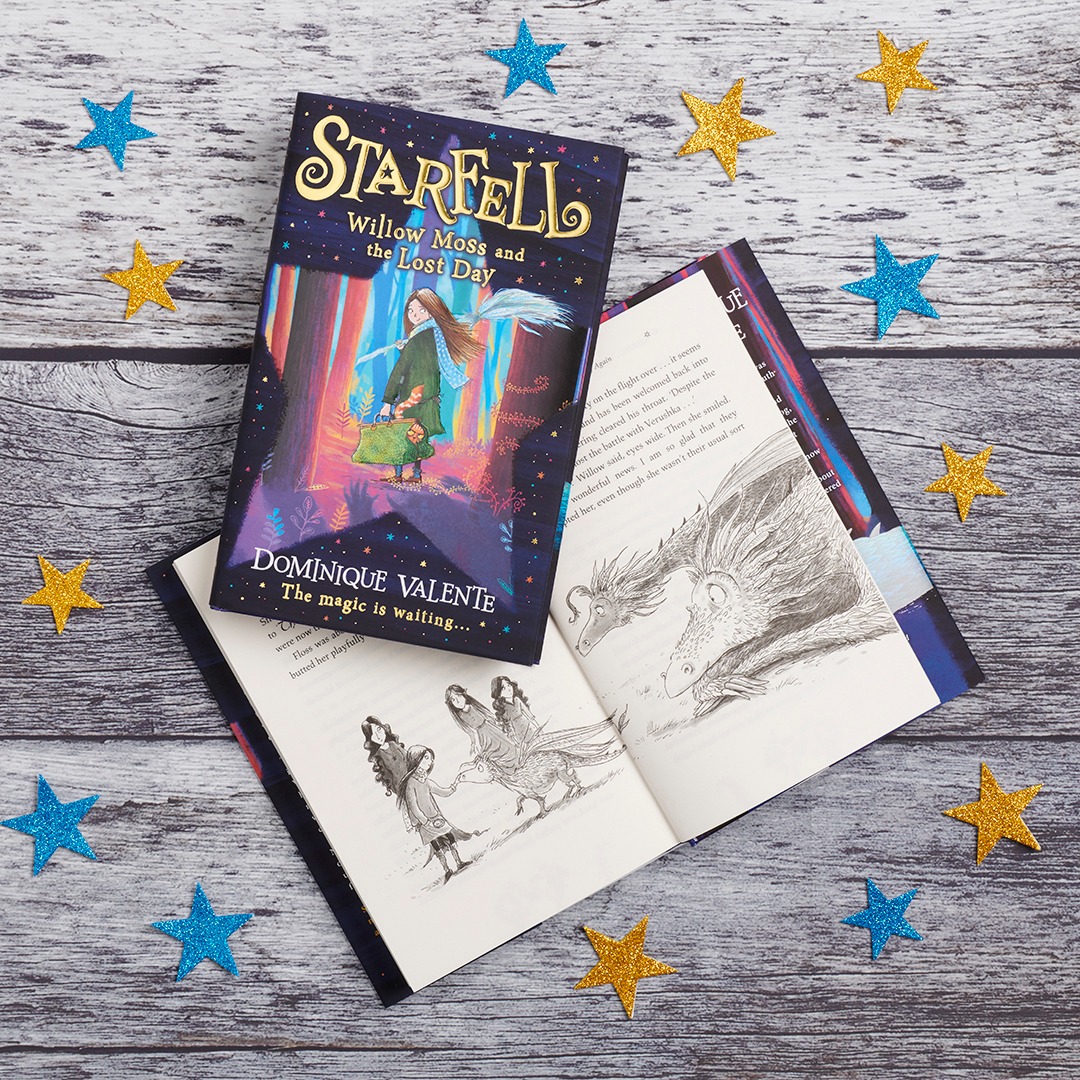 Willow Moss, the youngest and least powerful sister in a family of witches, has a magical ability for finding lost things – like keys, or socks, or wooden teeth. Useful, but not exactly exciting . . .
Then the most powerful witch in the world of Starfell turns up at Willow’s door and asks for her help. A whole day – last Tuesday to be precise – has gone missing. Completely. And, without it, the whole universe could unravel.
Now Willow holds the fate of Starfell in her rather unremarkable hands . . . Can she save the day – by finding the lost one?
Step into Starfell, a world crackling with warmth, wit and magic, perfect for readers aged 8–12. 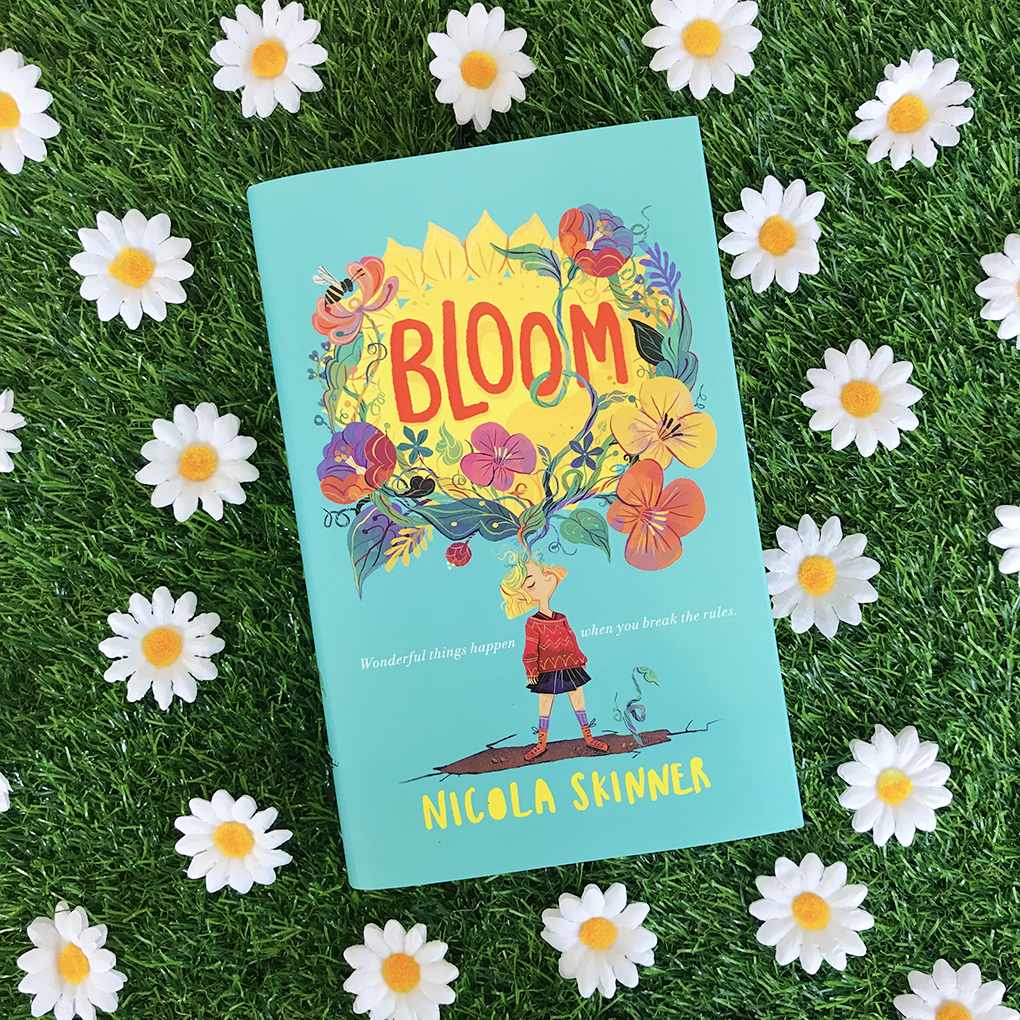 Sorrel Fallowfield is so good at being good that teachers come to her when they need help remembering the school rules – and there are LOTS.
Luckily, Sorrel doesn’t have any trouble following them, until the day she discovers a faded packet of Surprising Seeds buried under a tree in her backyard.
Now she’s hearing voices, seeing things, experiencing an almost unstoppable urge to plant the Seeds in some very unusual places… and completely failing to win her school’s competition to find The Most Obedient Child of the School.
And all that’s before flowers start growing out of her head…

Strictest head ÷ naughtiest boy = chaos.
Bracket Wood is about to be visited by the school inspectors. But there’s one big problem: Ryan Ward.
The maestro of practical jokes, Ryan has played so many tricks that in the end the Head Teacher just walks out. And then the new Head Teacher, Mr Carter, arrives. A man so strict even the teachers are scared of him. So imagine his surprise – and Ryan’s – when they swap bodies.
Now Ryan is Head Teacher – and his mortal enemy is one of his pupils. It’s every naughty kid’s dream!
But soon Bracket Wood School is in a total mess – and only its worst ever pupil can fix it… 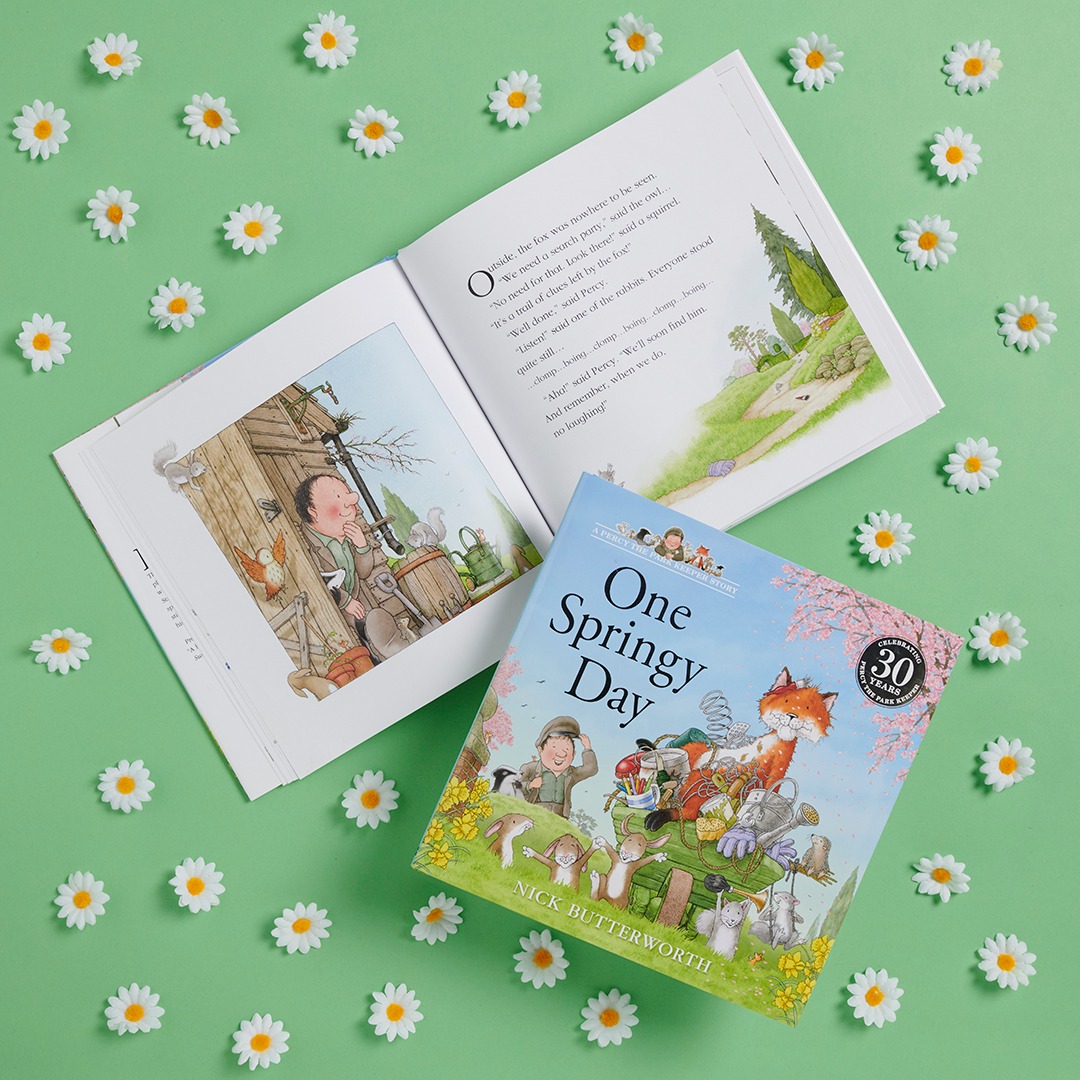 4. One Springy Day by Nick Butterworth

Percy the park keeper and his animal friends are playing hide-and-seek in the park. The fox has found a great hiding place in Percy’s workshop but when he falls into a pot of Very Strong Glue, he soon finds himself springing into an embarrassingly sticky situation! Is there anything his friends can do to help?
Includes a surprise fold-out scene! 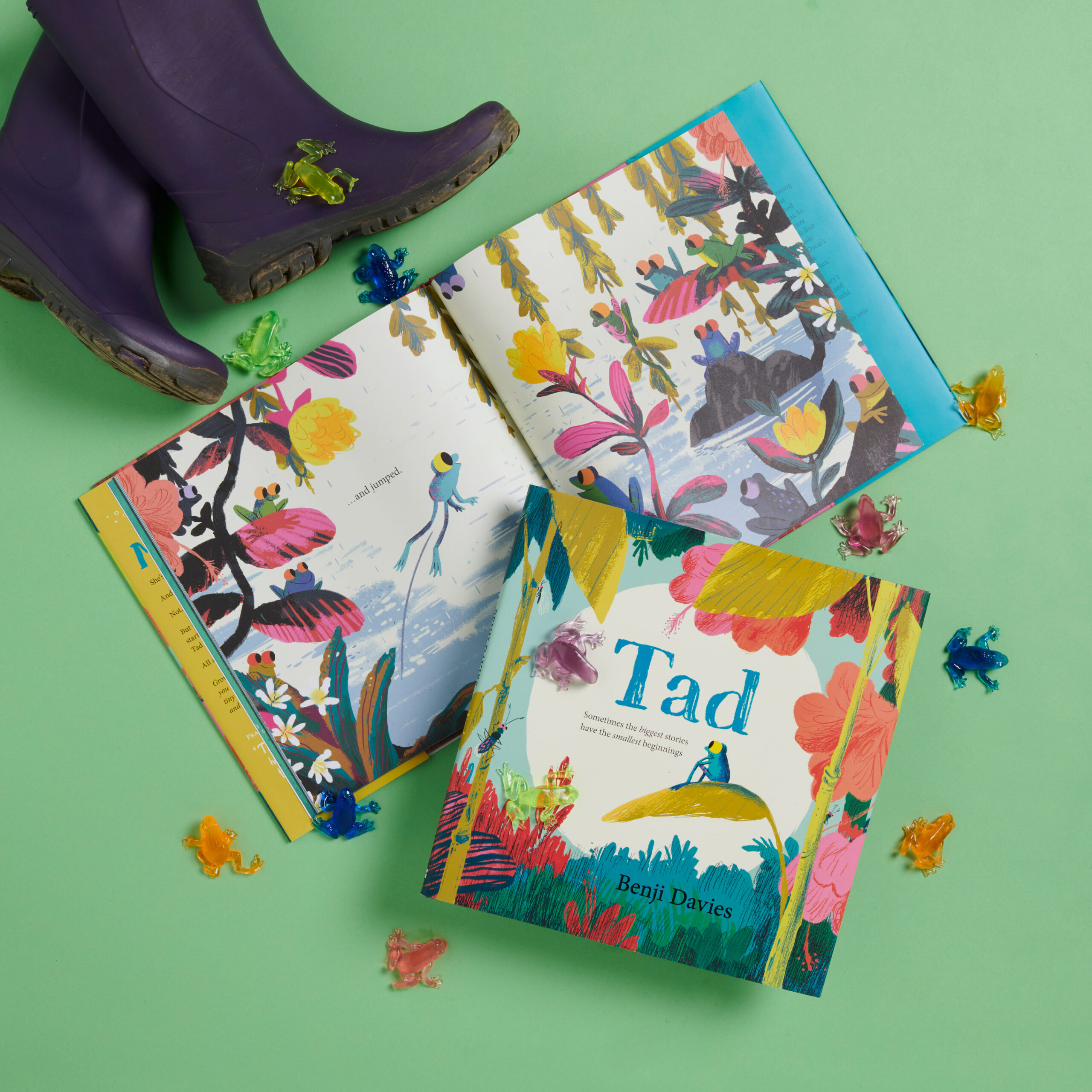 Meet Tad. She’s the smallest tadpole in a big pond, and lives there with all her tadbrothers and tadsisters. Although something else lives there too… BIG BLUB! And when everyone else starts to disappear, Tad starts to wonder if Big Blub will get her too…
Or is everyone else going somewhere else; somewhere better? And if so, will Tad ever get there too?
A big story about a tiny tadpole – about growing up, branching out, and taking a leap into life.
From the award-winning author and illustrator of The Storm Whale and Granddad’s Island, and the perfect story for everyone who’s ever grown up, or still has a way to go…

Mini Rabbit is making a cake. Cake, cake, cake!
But he’s run out of berries. No berries, no cake.
No cake? No way!
So off he goes to look for some…
He’s not cold, not too small. And, no, no, definitely NOT LOST…or is he? A deliciously funny debut from a major new talent! 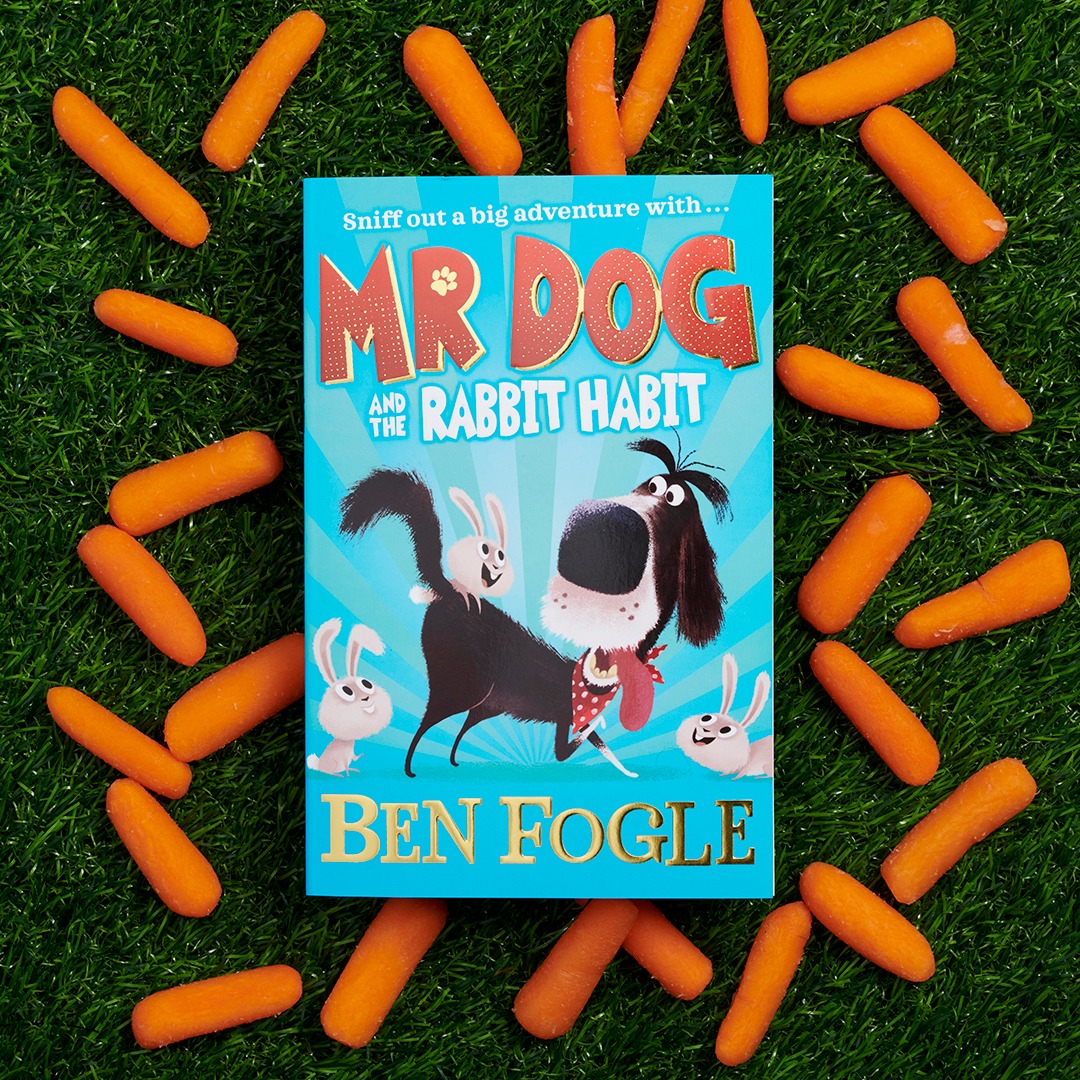 7. Mr Dog and the Rabbit Habit

You can always count on Mr Dog to help an animal in trouble…
When a mother rabbit is captured in a trap, he ends up playing bunnysitter…
But someone wants rid of All the rabbits, not just this one, and time is running out for Mr Dog to save them…
A brand new young fiction series by TV broadcaster and intrepid explorer Ben Fogle, inspired by his real-life animal experiences. 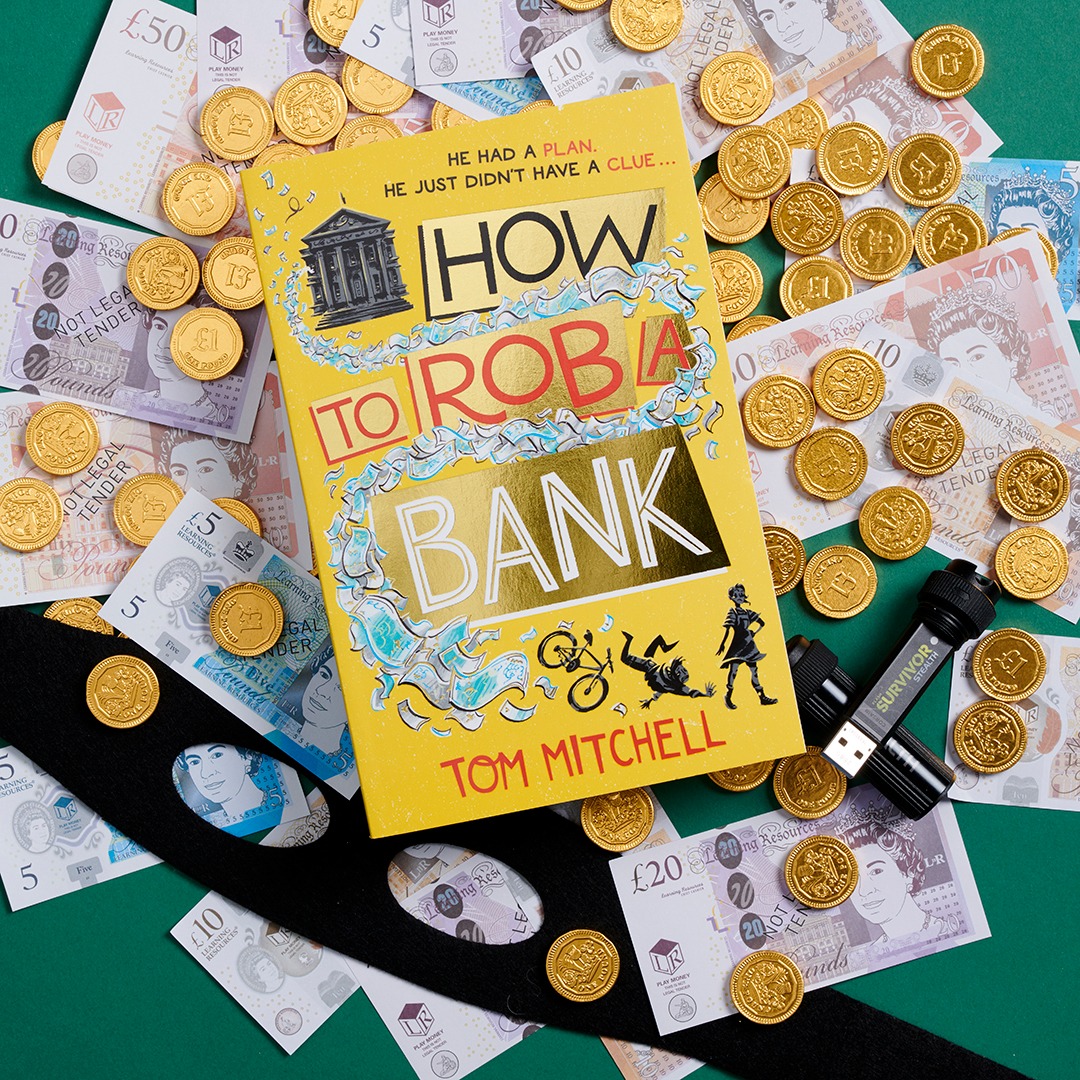 8. How to Rob a Bank by Tom Mitchell

When fifteen-year-old Dylan accidentally burns down the house of the girl he’s trying to impress, he feels that only a bold gesture can make it up to her. A gesture like robbing a bank to pay for her new home. Only an unwanted Saturday job, a tyrannical bank manager, and his unfinished history homework lie between Dylan and the heist of century. And really, what’s the worst that could happen?
A funny, cinematic, ill-advised comedy-crime adventure perfect for gamers, heist movie fans, and anyone who loves a laugh.

Meet Otto, Winnie, Greg(osaurus) and all the other dinosaur juniors, as they traverse life’s first ups and downs – all in Rob’s trademark rhyme filled with warmth and humour.
This first book, Happy Hatchday, is perfect for Rob’s youngest fans, with colourful, detailed artwork and a simple rhyming text perfect for reading aloud. 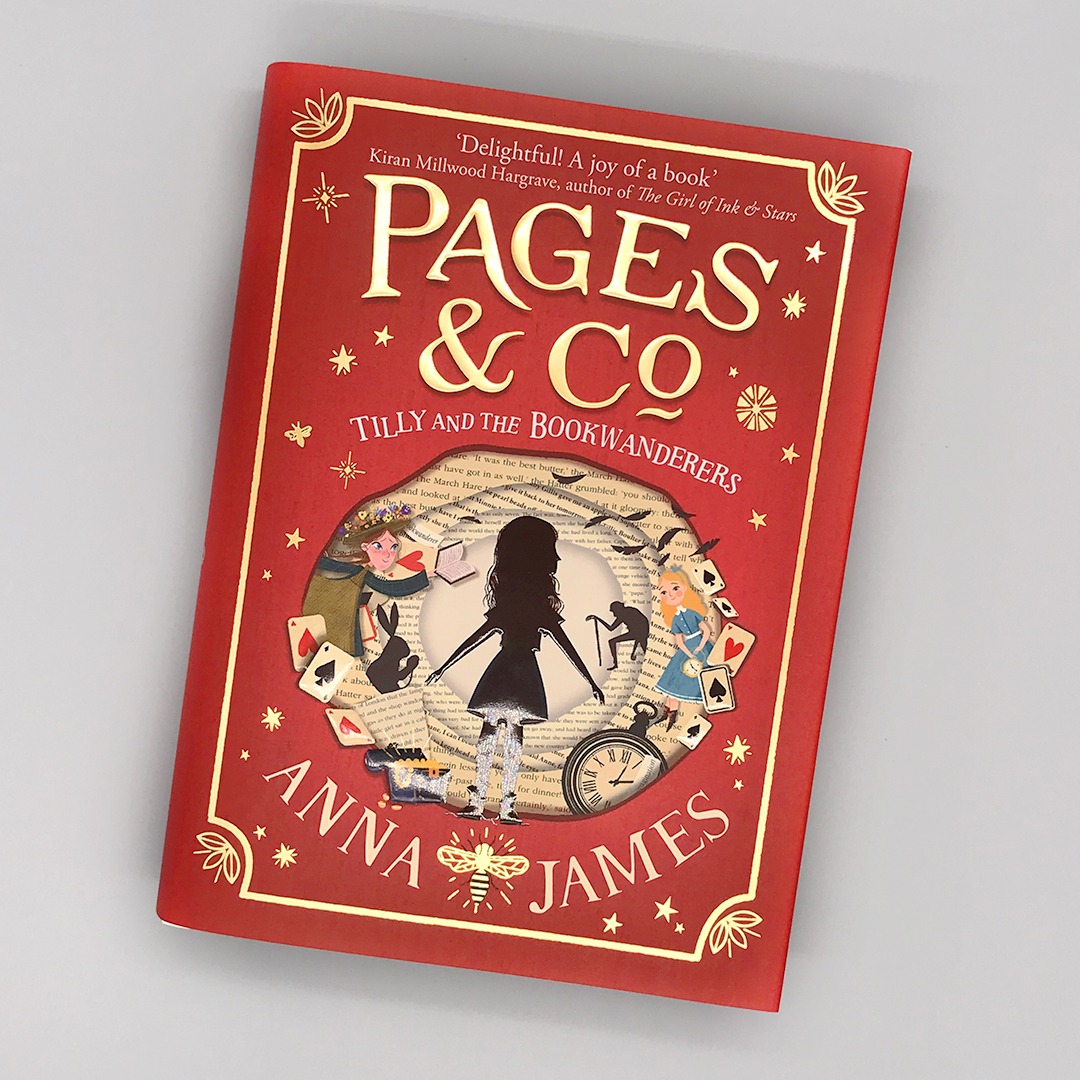 10. Pages & Co. Tilly and the Bookwanderers

Since her mother’s disappearance, eleven-year-old Tilly has found comfort in stories at Pages & Co., her grandparents’ bookshop. But when her favourite characters, Anne of Green Gables and Alice from Wonderland, appear in the shop, Tilly’s adventures become very real. Not only can she follow Anne and Alice into their thrilling worlds, she discovers she can bookwander into any story she chooses.
Tilly’s new ability could even help her solve the mystery of what happened to her mother all those years ago. But danger may be lurking on the very next page… 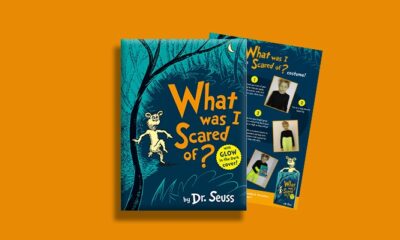 What Was I Scared Of? Dress Up Guide

Use this handy guide to become Dr. Seuss’s spookiest character… the pair of empty trousers, with nobody inside them! Learn more about the classic book here: bit.ly/DrSeussWWISO ﻿… Read More 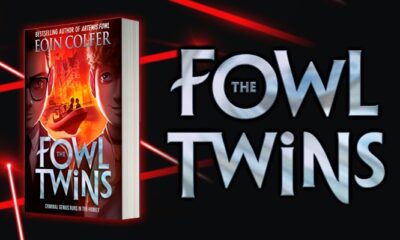 Read an extract from The Fowl Twins by Eoin Colfer (and starring Artemis Fowl!)

Younger brothers to the infamous Artemis Fowl, Myles and Beckett are twins, but wildly different. Beckett is messy and sulks if he has to wear clothes, while Myles is super-smart and 3D-prints a fresh suit each day. The Fowl Twins is the first book… Read More 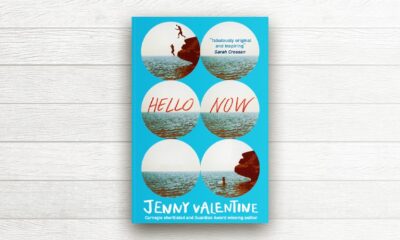 Read an exclusive extract from Hello Now by Jenny Valentine!

Read an exclusive extract from Jenny Valentine’s utterly original love story Hello Now In the beginning, before Novo showed up, my mum and me moved to the seaside. Then the first of July, 11.34am. Novo arrived. I was like an atom in his orbit. Alone with him,… Read More